ALA KACHUU – TAKE AND RUN tells the story of a young Kyrgyz woman who becomes the victim of a bride kidnapping. The 48-minutes drama revolves around Sezim (Alina Turdumamatova), a 19-year-old Kyrgyz woman, who wants to fulfill her dream of studying in Bischkek, the Kyrgyz capital. However, she gets kidnapped by a group of young men and taken to the hinterland – where she’s forced to marry a stranger. If she refuses the marriage, she is threatened with social stigmatization and exclusion. Torn between her desire for freedom and the constraints of Kyrgyz culture, Sezim desperately seeks a way out.

German-Swiss filmmaker Maria Brendle worked and researched many years on the topic of ALA KACHUU, the Kyrgyz name for “bride kidnapping”. Although in Kyrgyzstan the custom is prohibited by law, it is still widespread – also in other regions of the world – under the guise of tradition. “As a filmmaker, I would like to contribute to the sensitization of society for women’s rights and give a voice to those who are rarely heard.”, says Brendle, 38, who was born in Germany and studied “Film” at the Zurich University of the Arts.

DCM is proud to release the film in Swiss cinemas on March 17th 2022. “We are delighted to include ALA KACHUU in our portfolio of upscale arthouse films”, says Dario Suter, cofounder of DCM. “In order to make yourself heard in our ever-changing world, today more than ever, films need to be inspirational, honest, and captivating. What we experience with ALA KACHUU is a dramaturgically clever yet also utterly heartbreaking story. We are excited about the wonderful reception of ALA KACHUU on festival around the world and our fingers are crossed for Maria and her team at the 94th Academy Awards!”

ALA KACHUU was produced by Nadine Luechinger via her company Filmgerberei, which also produced the documentary MARTIN SUTER (which will be release by DCM on August 25th 2022). The producer & director Darren Strowger have also boarded as Executive Producer on the film. The deal was negotiated by sales agency Salaud Morisset (Skin, The Letter Room) who is spearheading the worldwide distribution of ALA KACHUU.

It’s been more than 30 years since a Swiss submission has won an Academy Award. The last one to pick up the prestigious trophy was film director Xavier Koller in 1991. He won in the category of Best Foreign Language Film with his immigration drama JOURNEY OF HOPE. 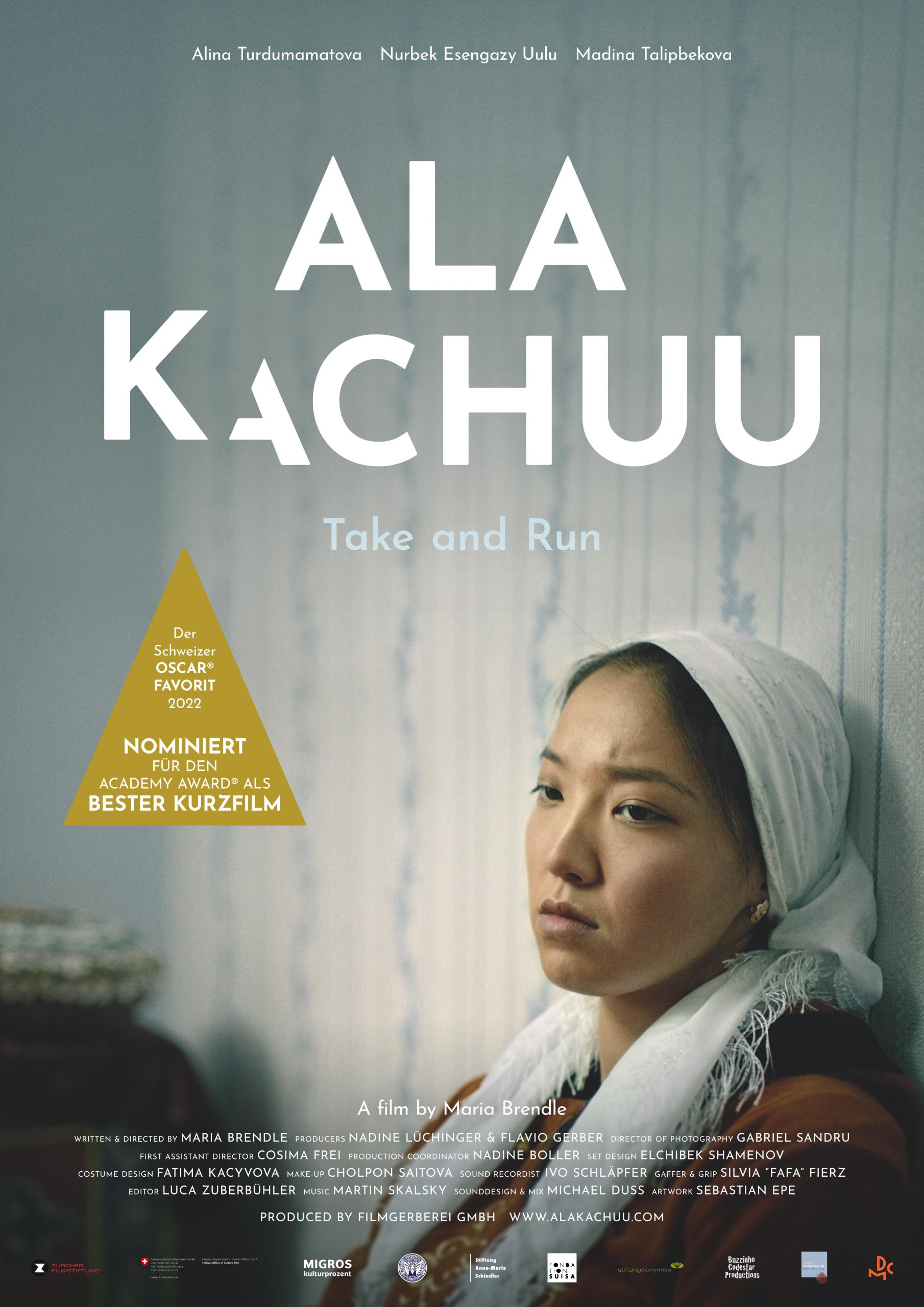 ALA KACHUU – TAKE AND RUN celebrates its theatrical Premieres on March 17th in Lucerne and Zurich. Directly after both screenings, a live broadcast to the director and producer in L.A. (where they are promoting their movie for the Oscars®) will be shown on the big screen: